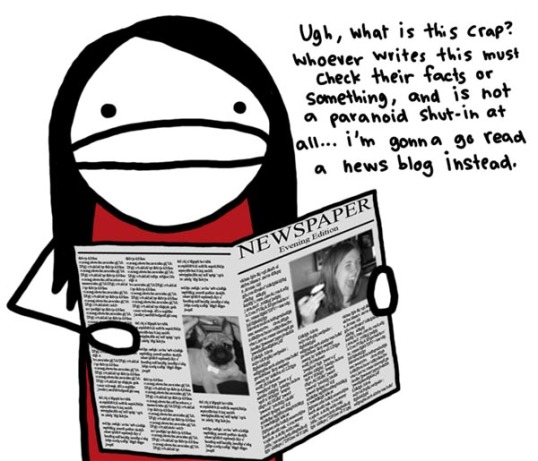 Many people have argued this over the years ever since blogging has become extremely popular within our internet society. There has been much cynicism thrown around by members of traditional media towards bloggers such as the image above suggests. I believe it is real journalism because blogging is just the way that information is presented whereas journalism is going out and reporting the truth with substantial facts so that your writing is informed. These two are not mutually exclusive. I think blogs have changed the business model for traditional journalism such as newspapers as you see them getting more into the online realm with their content. Blogging lets you be much more creative and have more freedom with your writing than a traditional newspaper. I think it has given more people a chance to have a voice and get more sides to each news story. It is important to realize that journalism is first and foremost about the integrity and credibility of the writer so it shouldn’t matter which form of media someone decides to write on that determines whether it is “real” journalism. Rather, it is the ethics applied to the writing in question.